From Fez to Rabat, Morocco’s most civilized city

Follow in the footsteps of kings and travel from Morocco’s first capital to its stately present-day one : Rabat. 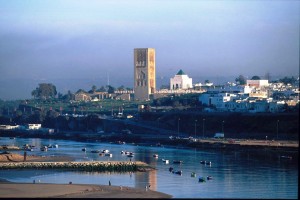 After picking you up after breakfast at your accommodations in Fez, we will hit the highway and drive directly to Rabat.

As Rabat is a sprawling modern city, once arriving in Rabat we will use our car to drive from sight to sight to make the most of our time.

Depending on how early we start, we can spend more time visiting certain sights than others.

We will begin our exploration of Rabat with a visit to the Hassan Tower and Mausoleum of Mohamed V.

A veritable complex of Moroccan royal history, here we’ll see where Morocco’s past meets its future.

You have the option of visiting these sites with or without a local guide. 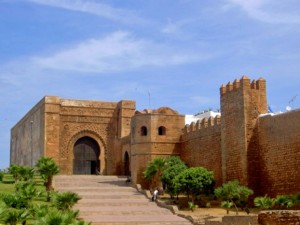 Next, we will drive to the Kasabah of the Udayas.

This fortified neighborhood has sat perched over the crashing waves of the Atlantic Ocean since its completion in 1269.

After a stop for lunch at a nice local restaurant, we will move on to visit the Chella An ancient Roman port city, a Moorish outpost, a fortified necropolis—the Chella of Rabat enjoyed a storied history before becoming the tourist destination it is today.

A winding, unkempt assembly of houses, ruins, streets, and gardens, one wonders if the families of white storks or humans enjoy visiting the Chellah more.

Thereafter, on our way to visit Rabat’s new and old town, we will drive by the Royal Palace.

Where Morocco meets the modern world, Rabat’s new city, left behind by the French, features many notable sights all connected by a sleek brand-new tram system: the Bank of Morocco, the Postal Museum, and the Saint Peter Cathedral Adjacent to this neighborhood, we find Rabat’s old city.

Built over centuries on top of a Roman settlement, the streets of the Rabat old city are the straightest and most orderly of any old city in Morocco.

After a long day of discovering Rabat, we will take the highway directly back to your accommodations in Fez.

Along with knowledgeable surf instructors you can enjoy surfing on the wild waves of Mirleft beaches.