Excursion from Marrakech to Ouarzazate and Ait Benhaddou.

Slip away from Marrakesh and head over the High Atlas Mountains to explore the picture-perfect ancient fortified towns of Telouet, Ait Benhaddou, and Ouarzazate. 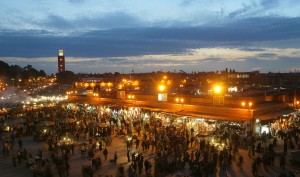 Going down the other side of the High Atlas Mountains, we will veer off the main road to discover the traditional village of Ait Benhaddou, before continuing to the city of Ouarzazate, all famous for their distinct mudbrick architecture and preserved fortified town centers (Kasbah).

Returning to the mountain road, we will cruise slowly through the Asif Ounila valley and gaze at the dozens of traditional Amazigh villages lining the valley cliffs. Just say the word and we’ll stop for pictures.

We can have lunch at one of the excellent restaurants overlooking Air Benhaddou. 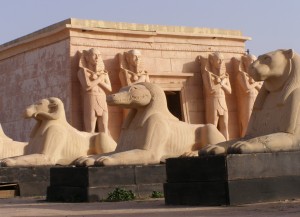 At the end of the long day, we will take a more direct route back to Marrakesh to get you to your accommodations as quickly as possible.

Excursion from Fez to Chefchaouen. Head north, deep into the Rif Mountains, where the Earth meets the heavens, to explore the enchanting sky blue city of Chefchaouen. Following an early morning pick[ *** ]

Marrakesh – Ouarzazate – Erg Chebbi Dunes – Fez (4 days, 3 nights) Day 1 : Drive from Marrakesh to Ouarzazate After an early morning pick up at your accommodations,[ *** ]